Why women in sports are more prone to knee pain

Why women in sports are more prone to knee pain

This sounds absolutely unfair but women in general and especially those who play sports are more prone to knee pain compared to men. The reason behind this is mainly physiological and biological (not gender discrimination). Plenty of women complain of knee pain or have some kind of knee injury.

ACL rupture is the most common cause of knee pain and injury. What is ACL?

ACL also called an anterior cruciate ligament. It is a strong band of tissue that connects the thigh bone to the shin bone.

Women who play sports usually complain of knee pain due to ACL rupture or a minor knee injury. A study has shown that women are more likely to injure their knee 5 to 6 times more than men. Why is this?

As mentioned already, it is due to biological and physiological reasons. Things like female anatomy, hormones, and technique are the major factors that lead to such knee pain.

Anatomy reasons like hips and weaker muscles play an important role in increasing the chances of knee pain. Women have wider hips which put extra stress on their joints. Adding to this, women also have weaker muscles that support their knees. Since they have weaker muscles, the stress taken by knee joints is much larger. This often leads to chronic knee pain in women who indulge in heavy physical activities.

A biological reason, an important one that cannot be escaped by women is another factor that makes them more prone to knee pain. Hormones. Yes. Studies have shown that female hormones, estrogen tends to weaken ligaments. Add this factor to the already weaker muscles, knee pain seems impossible to escape for women.

It is also seen that women tend to land straight-legged when they jump, pivot or land. This makes their knee take significantly much larger force. This is something that can be changed with proper training and making it a habit to land on bent knees. Landing with bent knees can reduce the stress on knees by 25 percent. Women also develop stronger quad muscles and relatively weaker hamstring muscles. This causes an imbalance causing the knees to take more stress. Compared with men who flex their hamstring when they strain the knee (this protects the ACL), women flex their quad muscles.

The habitual factors like landing on bent knees, proper movements, using the right muscles can be improved with proper training while biological factors like hormones, wider hips cannot be helped with. If indulged in playing sports regularly, using heat therapy on a regular basis can help in keeping away the chronic pain. Exercises to improve strength and muscles can go a long way in avoiding ACL rupture or any kind of injury. Add a proper training regiment, women can reduce the chances of injuring their knees. 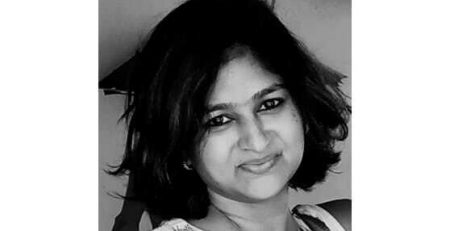 I have been a part o... Read More
[]
×
Get a 10% discount coupon when you enter your email address

Congratulations, Your SandPuppy Reward has been sent to your email.

Get 10% off on any item when you buy now

Your Code
now10
Go
*Not valid with other discount codes